I’m engaged with your misery

Break out of the artspace 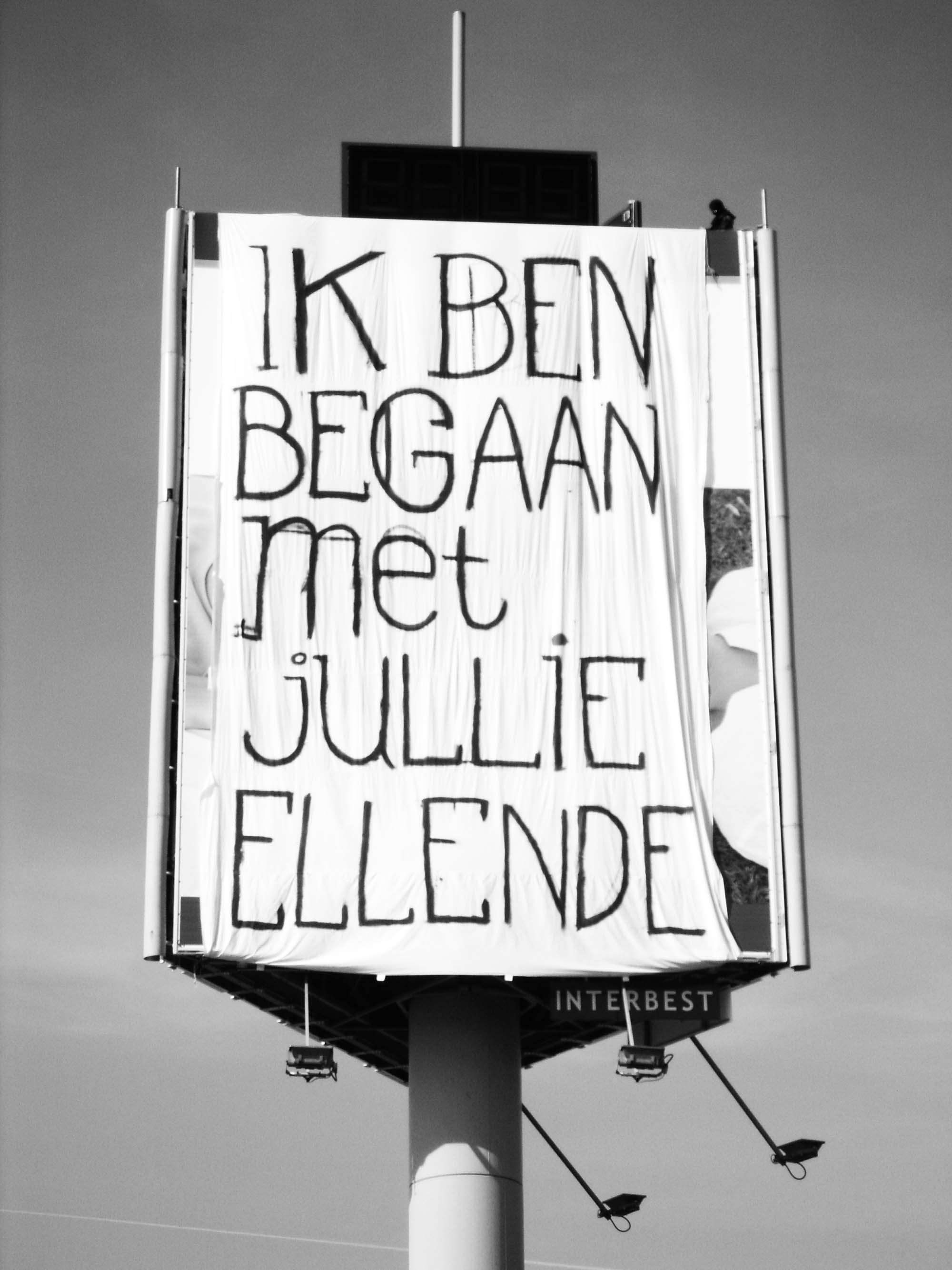 ‘I’m engaged with your misery’ is my first successful attempt to perform in public space.
Once I felt like being locked up in my studio, in my creative reserve; the art world. There was a huge distance between me, the artist, and society, a feeling of spectatorship. Seeing the world’s misery through the media, television, the internet.

What was my role, what could I mean as an artist? I figured the best thing I could do as an artist is to show my engagement, my pity, my weltschmerz, to as many people as possible.

There was this billboard at the side of the highway, the A28 in the city where I used to live, displaying an advertisement for a health insurance company. I sewed a banner from 8 by 12 meter and occupied the billboard with the help of friends. After four hours, Rijkswaterstaat, the owner of the highway, used a crane to remove the banner, deeming it dangerous and distracting for motorists. But my work was done. I had reached hundreds of people each minute and also inspired both a humanistic sermon from a preacher who passed by and a broadcast on vijf in het land, a national television program that travels through the country (thereby plugging back into the stream of misery).

You could see this work as the genesis of my social art practice. Trying to break with social spectatorship and embed my artistic view outside my art world, the white cube.